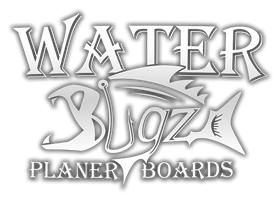 A quality board that won’t break your wallet!

Water Bugz Planer Boards are the brainchild of fishing guide Jeff Tomlin. "Planer boards get the lines away from the boat," says Tomlin. "Without them, you’re fishing is confined to the width of the boat, maybe eight feet; with planer boards, you can extend your reach to cover 100 feet of water, you can stagger your lines, and you get more line separation. You won’t have to worry as much about tangled lines, and you cover more water. Plus, you’re fishing water where the boat isn’t spooking the fish."

The one word that could describe the story of Water Bugz Planer Boards is "necessity." "Back in 2001 guiding on Lake Norman and Lake Hickory in North Carolina, I had used every board on the market and even some local homemade boards," says Tomlin.

Certain boards had features that he liked such as:

So off he went with a drill, duck tape, knife, piece of foam, and a pocket full of screws. It took several weekends and lots of bathtub experiments before he had one that would even float correctly, but eventually, the foam and the weight placement worked together. The clip anchor point was very touchy and probably created the most difficult challenge but finally, all came together.

Now he had a board that would do just about everything he needed:

"I gave a few of the boards to other fishermen and guides to get feedback on the function of the boards and they said they were great and would like more, so we were off and running," said Tomlin. "The only problem was the board looked like something the Little Rascals made." Through his many contacts, Jeff was able to re-design the look and mass-produce a better-looking planer board before introducing Water Bugz to the commercial market.

Today’s Water Bugz have the same measurements as the original design, but now have a much better packaging and professional appearance. Every board is manufactured in the same shop in which they were created just five years ago.

"With these small Water Bugz planer boards I can clip them on the line so they won’t come off during the fight," said Professional Lake Lanier Striped Bass Fishing guide Shane Watson. "They are small enough that they don’t affect the retrieve, and the bead at the swivel keeps the board from slipping all the way down to the fish. It sure is nice not to have to chase a planer board after landing a fish."

Now keep in mind…Water Bugz are not just for striper fishing. Tomlin figured this out himself when he took his striper-fishing know-how and his homemade planer boards and started king fishing in 2003. Now he knows Water Bugz have applications far beyond the banks of any reservoir. 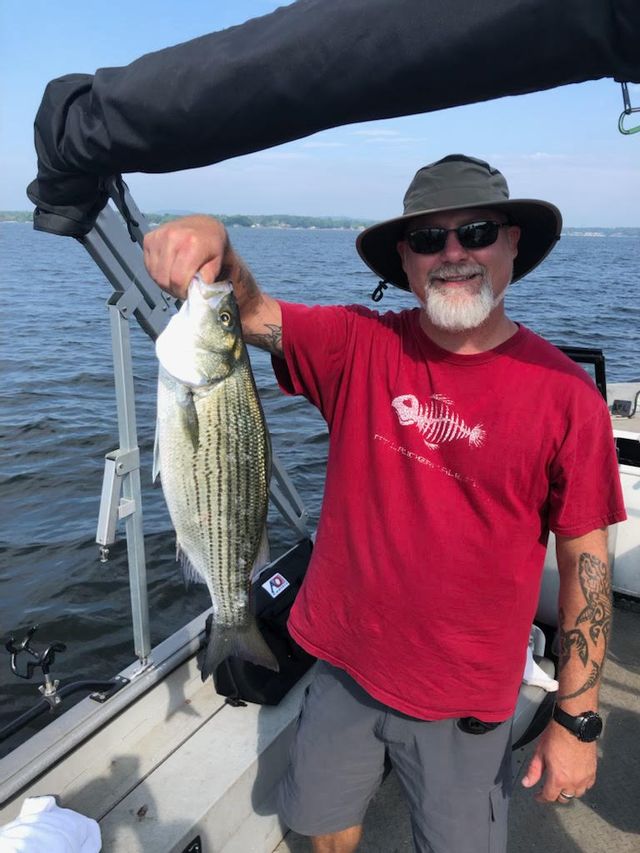 Unlimited possibilities are the only way to describe what Water Bugz Side Planers can do for inshore fishermen. Whether you use rocket launchers, rod holders, or just PVC pipe you can stand rods up or out in any fashion and still cover up to 100 feet of water in any boat.

Anchor near a grass bed or oyster bed and let out a mullet, sand flea, or strip bait with a Water Bug, and the current will plane the board over to that area and hold in place when you stop the reel. 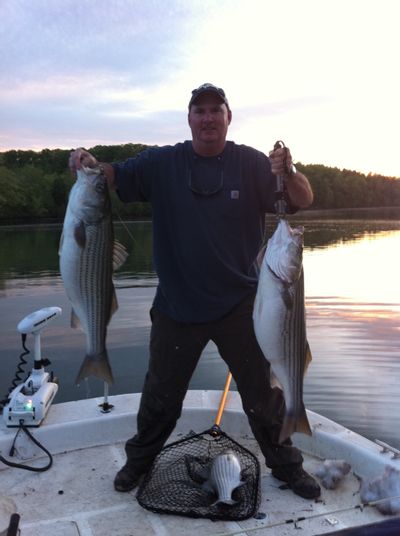 Water Bugz Planer Boards are a simple and more affordable alternative to outriggers. When using this side planer, you expand your coverage from the width of the boat to up 100 feet. As we all know...more coverage equals better fishing. Live bait fishing is most effective at less than 2 mph but Water Bugz can handle up to 3 mph. The slower you troll the more effective your live bait will be.

These bright orange planers will disturb the surface and act as a front-runner with the bait typically 10 - 40 feet behind the board. With your wide coverage and separation of lines, you have the ability to turn 180 degrees in an acre of water. This gets you back to the action quickly.

Currently, Water Bugz can be found in over 25 different stores in the southeast, is sold through the website all over the country as well as internationally. The company has expanded to now including a 4 ½ and 2 ½-year-old girl and boy that think "arts and crafts" time includes making planer boards while their mother cooks supper. Jeff Tomlin, creator of Water Bugz has high expectations for his versatile planer board and is currently working on creating a new dual planer board model. 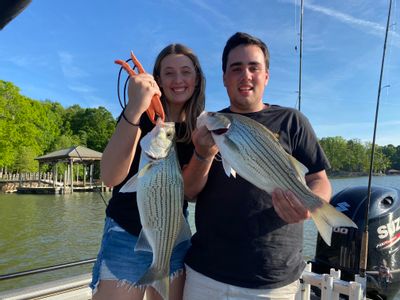 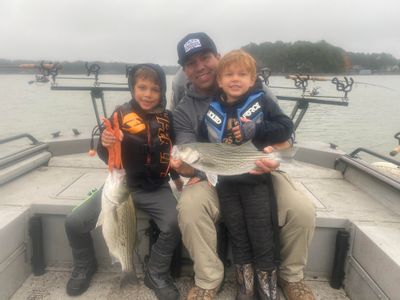 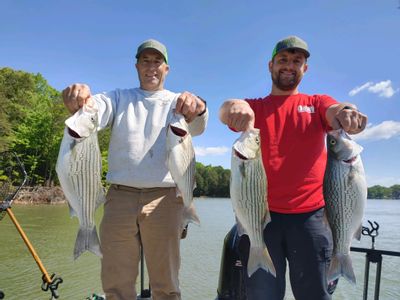 Who's ready to go fishing? Get your planer boards today!